SAP S/4HANA is SAP’s current enterprise application suite. First released in 2015, the platform is considered the biggest change to SAP’s core offerings since the introduction of the R/3 system in 1992.

SAP S/4HANA was originally released as a next-generation financial solution at the 2014 SAPPHIRE NOW technology conference in Orlando, Florida, under the name SAP Simple Finance. Nine months later, SAP announced that it was expanding the core of the solution to become a full-scale enterprise resource planning platform, and named the suite SAP S/4HANA, with specific core lines of business tacked on to the end of the suite name (i.e., SAP S/4HANA Finance).

SAP added machine learning capabilities to the suite in 2017 in order to perform easier goods and invoice receipt reconciliation and to automate invoice assignments. In September of that year, transportation management functionality was embedded in SAP S/4HANA. In 2018, predictive accounting functionality was added, and subsequent releases of the solution included additional intelligent technology enhancements in the areas of artificial intelligence, blockchain, and the Internet of Things.

SAP S/4HANA brought about many innovations over its older sibling. Key changes included the development of a brand-new code base; utilization of SAP HANA’s in-memory computing architecture, providing the ability to access real-time business statistics and analytics; and the convergence of transactional and analytical systems.

New functionality like the Universal Journal allowed financials users to access a single source of financial truth where both financial and management accounting documents were stored. This led to better reporting, easier access to KPIs utilized by managers, and cockpits tailored to specific end users to help them make more informed decisions. SAP Fiori applications were introduced to provide a better user experience for employees, giving them greater insight into operations and business data in ways that existing T-codes could not.

With the proliferation of intelligent technologies such as machine learning and process automation, enhanced business processes such as predictive accounting were added to the solution as soon as functionality was fleshed out.

While SAP provided lots of brand-new functionality to SAP S/4HANA, it also went about improving areas in the existing SAP ERP suite as well as previous releases of SAP S/4HANA. These enhancements are discussed in each SAP S/4HANA release’s “simplification list,” which is a long (often 1,000+ page) document that explains what was enhanced and how it is a better option for users over previous functionality.

SAP S/4HANA has reorganized core modules found in SAP ERP into what it calls lines of business (LoBs). Current or planned LoBs are discussed below. 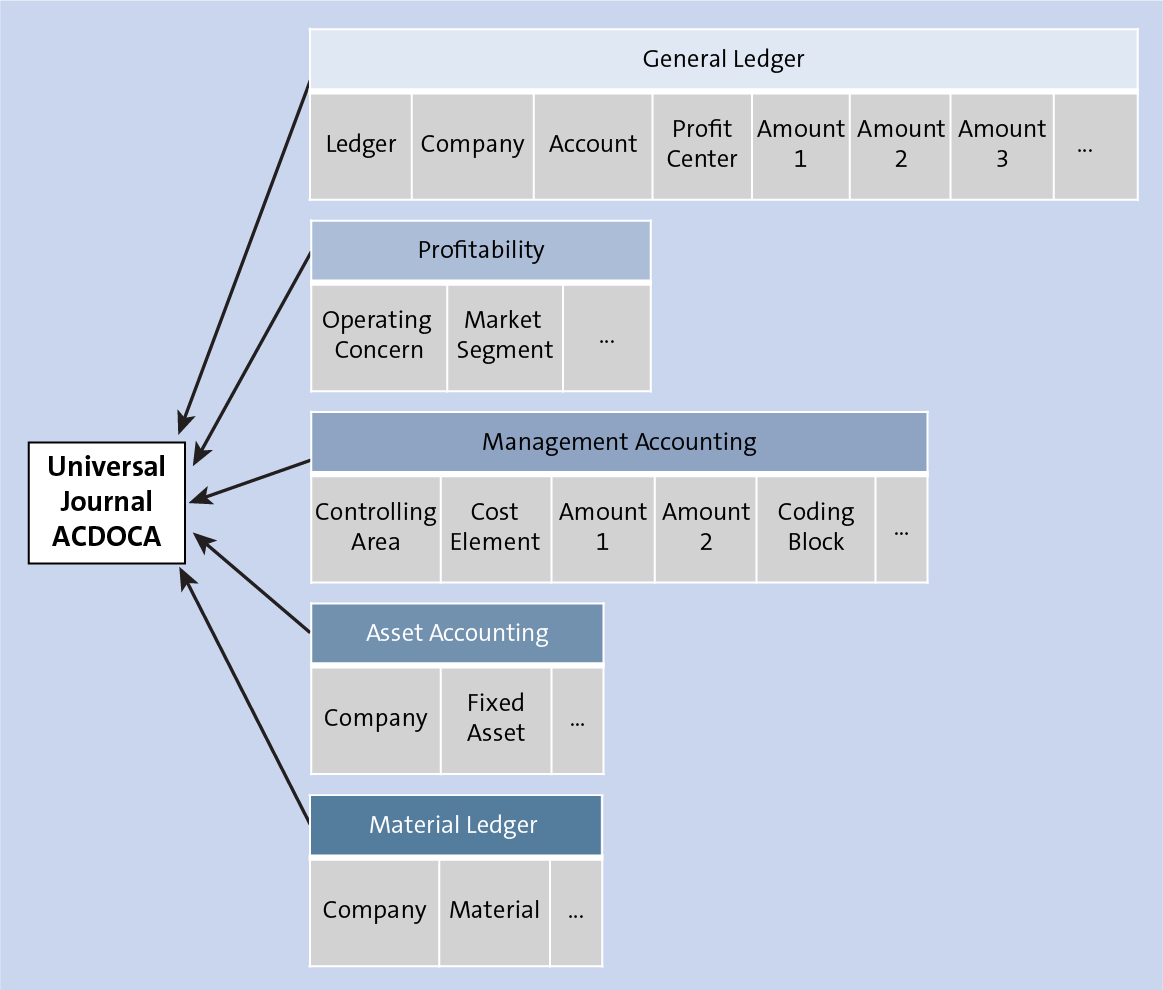 The SAP S/4HANA Sourcing and Procurement LoB focuses on the activities surrounding the obtainment of raw materials needed to fulfill orders. This includes extended procurement, operational purchasing, and supplier and contract management. 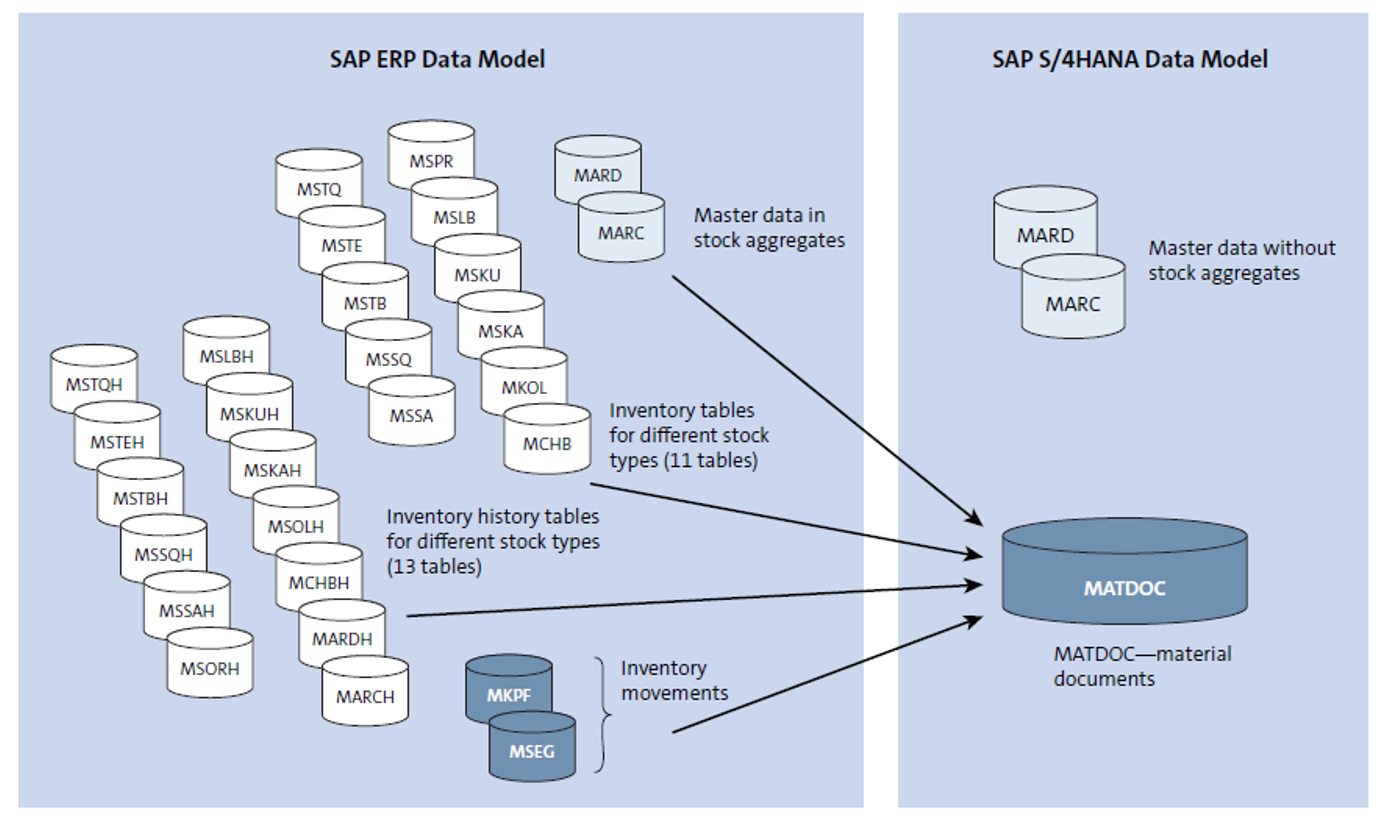 The SAP S/4HANA Asset Management LoB focuses on the maintenance of a business’ fixed assets, from tools and machinery all the way up to buildings. This includes plant maintenance and EHS monitoring.

The SAP S/4HANA R&D LoB focuses on the lifecycle of a product. This includes defining the product structure and bill of materials, product lifecycle costing, managing portfolios and projects, managing innovation, managing chemical data and other sensitive materials used in development, and staying compliant with safety and health regulations.

The SAP S/4HANA Human Resources LoB is currently being developed by SAP, with an on-premise solution being planned for 2022. In the interim, customers can integrate SAP S/4HANA with SAP SuccessFactors for a cloud-based HR service.

There are multiple avenues through which SAP S/4HANA can be deployed. Here’s a brief overview of each.

An SAP S/4HANA on-premise deployment encompasses traditional in-house IT infrastructure models. This deployment model describes an instance of SAP S/4HANA that is physically hosted on customer property. Customers can choose from a system conversion (brownfield) implementation, which takes an existing SAP environment and transforms it into SAP S/4HANA; a new (greenfield) implementation, which migrates existing business data into a brand-new SAP S/4HANA system; or selective data transition, which uses shell conversion to reuse existing ERP processes in the new system.

There are multiple cloud options for SAP S/4HANA deployment, all of which involve the use of external cloud integration.

A hybrid SAP S/4HANA instance provides a combination of both on-premise and cloud deployments. This may be done for a number of reasons, including testing the feasibility of both instances or hosting an on-premise deployment at headquarters while utilizing a cloud deployment in a satellite office.

The naming conventions for SAP S/4HANA releases follows a four-digit year/month format. For example, the 2102 release of SAP S/4HANA Cloud refers to the release that came out in the year 2021 (21) in the month of February (02).

In addition to the information laid out above, there are a handful of important terms you should also know:

Eager to learn more about SAP S/4HANA? These blog posts and books can help.

And to continue learning even more about SAP S/4HANA, sign up for our weekly blog recap here: