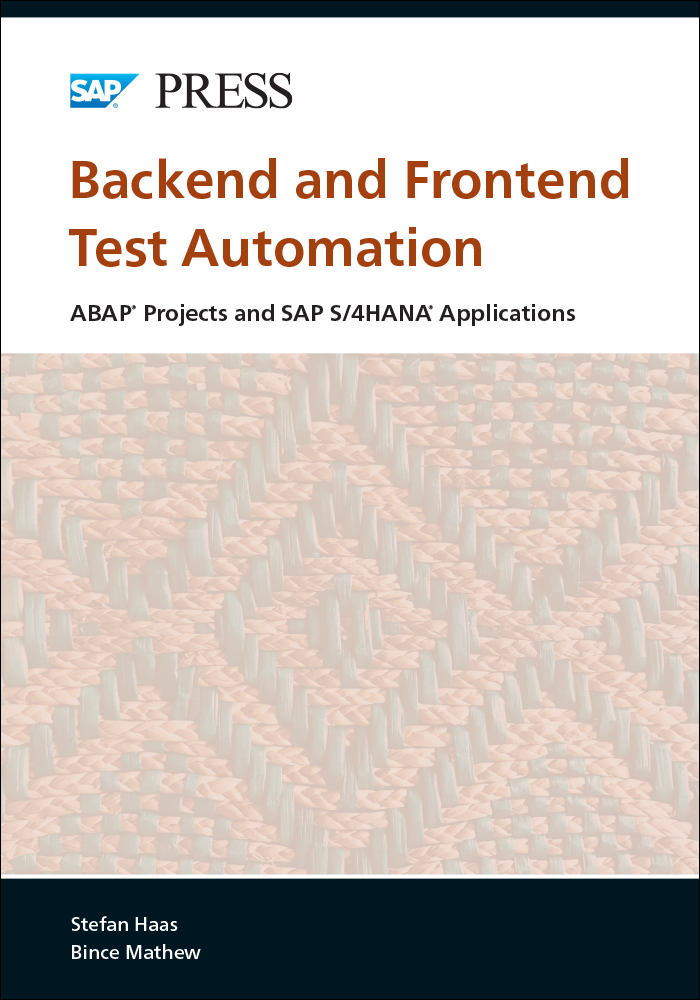 “Backend and Frontend Test Automation: ABAP Projects and SAP S/4HANA Applications” will teach you how to create automated tests for all layers of your SAP S/4HANA applications, from the SAP HANA database over the ABAP business logic to the SAPUI5 frontend.

In this chapter, we’ll show you in detail how to write unit tests for the backend (ABAP Unit) and frontend (QUnit) parts of your application that form the foundation of the testing pyramid. We’ll also show you how to decouple your code to make it testable, using dependency injection techniques. Learn why unit tests are the most critical layer of the testing pyramid and deserve the most attention and effort.

This download is taken from Chapter 10 of the book ABAP RESTful Programming Model: ABAP Development for SAP S/4HANA.

Send me the free chapter!